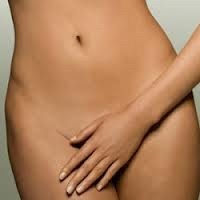 In honor of No Shave November….

According to a study by Indiana University almost half of women in their 20’s remove all of their pubic hair.

Compare any nude magazine from today and twenty years ago. Whats the difference? Pubic hair. It’s no where to be found. Endangered pubes, as I like to think of it. As wearing less clothes, shorter shorts, and thongs have grown to be popular, so has removing pubic hair. You can shave it, pluck it, cream it, wax it, tweeze it, or laser it off. When you’re done with that you can even bedazzle it. When I was a kid we bedazzled our shorts and added some crystals to make those denim cut offs sparkle. At no point would I ever think women would be doing it to our vaginas. I guess I just have a boring vagina. I don’t think any amount of sparkle could make a vagina pretty.

I don’t ever even remembering having pubic hair as a teen. From as far back as I remember I have wasted hours, bandaids, and money removing all the hair from my neck down. I too wanted to look like the girls in the magazines. Through puberty, my wild years, to blowing my vagina out 3 times, my main concern if my vagina was going to come out and say “hi” was that it was bare. Don’t worry about the pain of going into labor. First, lets get in the shower and clean that shit up before we head to the hospital.

Granted some women trim their pubes and have a pretty landing strip.  I personally am too lazy and don’t have the time.  If I even tried to waste time tidying up down there I can guarantee a kid will come in crying and I would be left with uneven sideburns.  Not to mention the Harry Potter lightening bolt scar I have above my vagina from childbirth.  Hair doesn’t grow in scars.  “Yes. That ain’t no ordinary cut on your forehead, Harry.  A mark like that only comes from being touched by a curse, and an evil curse at that.”—Rubeus Hagrid to Harry Potter
I would have to replace forehead with vagina and laugh at its truth.  The evil curse of childbirth.  Oh the joys.  Everyone loves Harry though right?

I don’t ever see us going back to the hairy days.

I even walk in on my mom in the tub, legs in the air, Nair down there. My mom who hasn’t seen a man naked in 8 years, since my father, and who probably never will see a man naked again. She is more kept than me this No Shave November. My mom who does not have sex keeps herself more kept than me, her daughter, who to be honest has seen more naked men than I would like to admit. That being said I have never heard of a man turning a woman down because she hasn’t shaved. Ive heard them talk about it later, but never turned it down.

Over the years I have tried many hair removal techniques.

Brazilian Wax (removal of all hair)-
If you have ever had a brazilian wax then you have had the thoughts about trying to bring pubes back in style. The idea of putting a hot wax on your lady parts and ripping hairs out is insane. The closer you get to the middle the worse it gets. They give you ibuprofen and use numbing cream that doesn’t work. I suggest waiting until you’re completely wasted. We all know when we’re wasted we don’t know who’s down there or what they are doing anyways. I would rather have children than to go through the torture of a brazilian. It was smooth like a baby bottom if you could even touch it from the trauma and pain. If you do this you better do it for yourself bc you won’t want anyone or anything near your vagina for a while. I remember calling my mom in pain. “Mom, Why would people do this regularly? Like why? Im going to bring the bush back! Thats right. Im going to make my life mission to bring back the bush!” as I sat on my couch with no pants on and a bag of peas on my vag. I hung up the phone and apologized to my vagina for the unecessary hell I brought upon it.

Shaving-
Watching me shave has to be entertaining. Especially while pregnant. You can’t see what you’re doing. You just have one leg up in the shower and hope to God you don’t accidentally cut a lip off. Unless you’re on your third child then you wouldn’t mind if a little lip got cut. If you’re trying to just clean up your vagina and not all bare it’s a challenge. Too much off the right, then you have to remove more off the left, then too much again, and pretty soon I just get fed up and take it all off. We poke fun at those who draw on their eyebrows but 30 min in the shower trying to have a landing strip and I too wish I could just draw it on.

Cream removal-
If you have tried the torture technique of Nair you might as well pour some acid on there. I assume the smell and pain would be the same. I haven’t tried it.  Although, I recently was told it is the best way to get the hair around your brown eye.

Laser-
I haven’t ever had laser bc I’m a single mom of three and my small people take any leftover pennies I have. If I had extra pennies I don’t know if I would spend it up-keeping my vagina that no one will see or appreciate. My kids seeing me nude won’t appreciate the time and effort put in up-keeping the bush. They will however appreciate the braces they have, the new Mario game, and gas to get to and from their activities. So, trying laser will have to wait until I’m rich and give a damn.

Tweezing-
I don’t know why anyone would try to mow their lawn with scissors. Enough said.

I never put much thought into my grooming habits until I had my daughter. When she is 12 years old and puberty has taken over, will our generation as mothers teach our daughters to groom down there? Do we teach them to leave it as is? At that thought I was actually ashamed to be bare. I felt like a horrible example of a real woman. As she gets older I imagine like most of society she will become that girl. That bare girl who in 35 years will look back like me and never even remember having pubic hair. I decided that I would stop wasting time torturing myself. If even for a moment. I wouldn’t shave, wax, laser, or pluck myself. I too would participate in No Shave November. I proudly step out of the shower unkept. Somewhere along the way we have been programmed to think natural isn’t beautiful. We color our hair, wax our brows, get our nails done, enhance our breast, and try to teach our daughters they’re beautiful the way they are. While our actions, even as little as our pubic hair prove otherwise.

44 thoughts on “The life and times of my pubic hair”